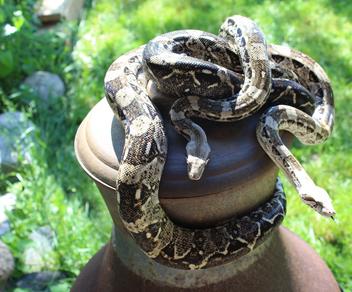 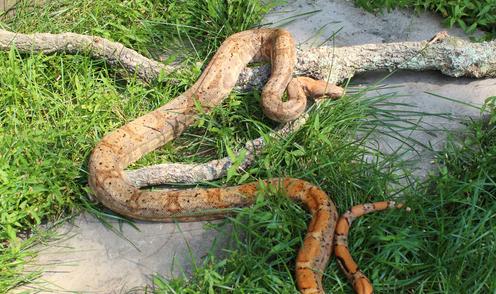 On of the smaller varieties of Insular Boas coming from a small island off the coast of northern Belize.  These Boas appear almost Anerythristic and display virtually no red pigmentation.  They have a high count of prominent and dark saddles on light background. My animals are born in 2015 and will hopefully be breeding for the 2019 season. 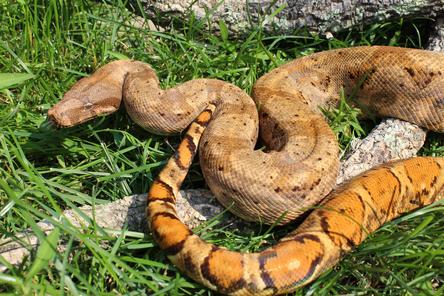 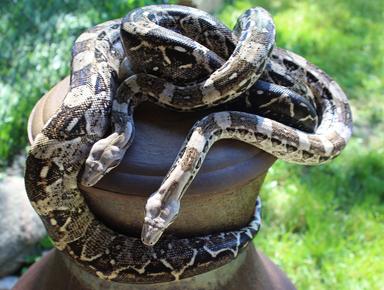 Hog Island Boas are an Insular boa from Cayos de Cochinos off the coast of Honduras.  The are very light in colour and display orange and pinks and browns throughout.  They are geographically isolated from the mainland variety and are known for their small size and beautiful coloration.

These Boas are from an island chain in the Bay of Panama on the south side of Panama City.  They are one of only a couple of island boas that have their own subspecies designation.  The are naturally hypomelanistic boas with very reduced patterns.  They have large eyes and slender heads, in fact they are very slender boas, which like to climb more than some other localites.  I look forward to producing them in the future.  There are currently only a few examples in Canada.  My animals were captive born in the United Kingdom from animals originally purchased from Rich Ihle of the United States.

Imperial Boids is focused on keeping and producing mainly Central American locality and Insular Boas (B.c.imperator).  These Boas do not reach the same adult sizes as their southerly neighbours.  Most adults range in the 4-6 foot range and my largest adult female is approximately 3500 grams.  I'm really hoping to obtain Pearl Island Boas (B.c.sabogae), and additional Corn Island Boas.  I've also added a number of Amazon Tree Boas (Corralus hortulanus) to my collection.

Other localities and subspecies that I am interested in obtaining include Peruvian Long Tails (B.c.longicauda) and Crawl Cay Boas (B.i).